It wasn't always this way...
Journey with me through a timeline of my experience.

Success and a life of Freedom, certainly are the fruits that Brett has picked from the ripe trees of his choosing.

Some of the fruits include; his own successful multi-six figure coaching business, over 100 episodes of his podcast, award winning and best selling author, TEDx Talk speaker, Man to Watch award winner amongst a few other accolade.
However, it most definitely wasn’t always like this...
In August of 2014, one fateful day Brett received a phone call from his employer stating his invoicing was completely out ($60k out) and they’ve just realised it’s been so for the past 18 months. This was the catalyst of both Brett's working life and also his personal one too. This f-up was simply the straw that broke the proverbial camels back. 12 years of marriage and only a few months pregnant with their first child, Brett’s wife Elissa was fed-up and rightfully so. So many years of building up towards success and for some reason, somehow, Brett would f it up.

Over the following four years...

Brett managed to repair and repay most of the relationships he had wounded. This included helping his ex to be a stay at home for the first three years of their son Orlando’s life, repaying the $60k debt and remaining a part-time employee until October 2019. Obtaining the role of Club Manager and opening a brand new gym/fitness centre, becoming a personal trainer and raising $8,000 for Youngcare and Trekking the Great Wall of China.

Not realising it at the time, however during a change to opening another gym at the end of 2018, Brett decided to study and learn from the Grand-master of Mindset and Success, Mr. Bob Proctor. This proper breakthrough via one of his workshops aptly named ’The Paradigm Shift’ was exactly the ingredient Brett required to set himself on a true trajectory of both self discovery and finally living his purpose here on earth.

You see, when Brett received that news back in 2014 which caused the demise of his marriage, his initial thought process was that of doom and gloom. Things like this were rolling around; “How does a state awarded real estate agent of the year, who did well in two cities, for almost a decade, not own a home?” And “I am going to be homeless, like on the street, a deadbeat Dad, living on government benefits, if you call that living” and a few other thoughts attached like...

“Maybe I should end it now. What’s the point of having someone so useless alive, taking up space?!” 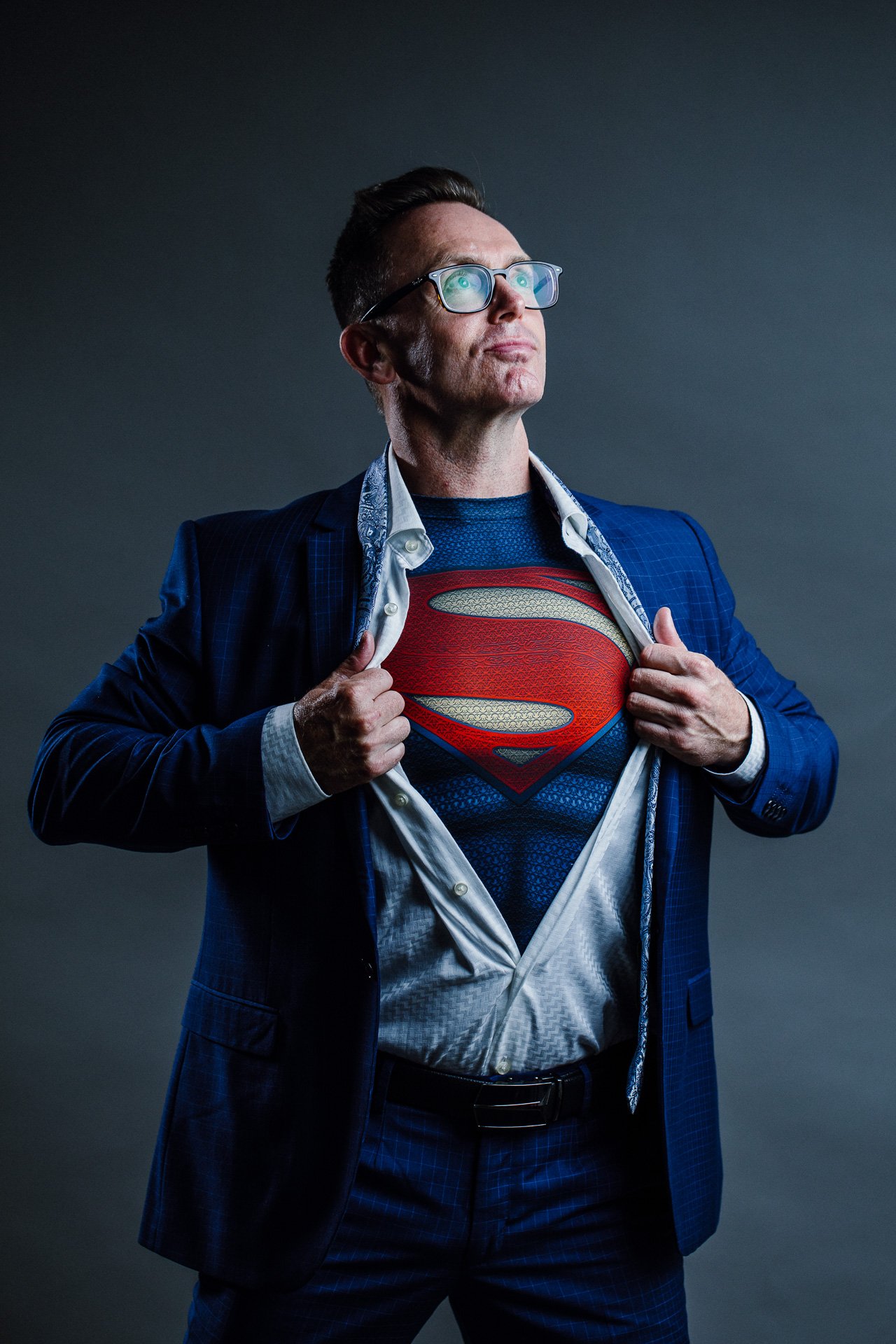 Thankfully, Brett snapped out of that downward spiral quicker than most people would. The fact he is a very positive person by nature and in fact, it’s even his blood type, most definitely saved his life. He said these things to himself; “I never want to be in this type of situation again!” “In fact, I never want to be this type of man again” and “I know, when I figure out how to fix myself, I should write a book and help other stupid men like me figure out how to fix themselves too” (of course Brett wasn’t stupid, but he definitely made many stupid decisions)

Even though it took Brett five years to truly honour that positive thought, that thought he knew wasn’t his own. He’s never wanted to write a book. He loved the idea of books and had many, but his preference was always film. So during the period of initial breakthrough growth via working with his first coach Mariko, Brett decided to lock into finally writing that book, and that book has been now re-written five times and the final edits with his book coach, Cathryn Mora. This book is the inspiration behind the upgraded business name and ’Super Charged Freedom: Your Truth Will Set You Free’ is due out before the end of 2021.